Out of 4 Sirelo reviews
i

25% of the users recommend this removalist

At Better Removalists, they understand that moving house or office can be a hassle and a tiresome experience and they know searching for a reliable and affordable removalist can be difficult. That’s why they've developed a smart, flexible removalist system which ensures an easy transition to your new premises and a much, much better experience for all.

We do not know whether this moving company subcontracts the moves or executes them with their staff and vans.

Out of 4 Sirelo reviews

They cancelled on me 3 times the night before I was booked to move. I had to get another company to do the job. You need to pay them upfront and they refused to give me a refund. Avoid them at all costs!

I Do Not Recommend This Company. Here is why.

Your company should be extremely disappointed on how they manage their business & clients;
• I had to chase the night before for an indicative timeframe for the move i.e. morning or night - people have MANY things to organise on the day of a move. I ended up contacting the sub-contractor directly as could not get a response from your company.
• Your removalists were then late (arrived at 8.45am when told between 7-8am)
• Misquoting a job which then doubled in time/expense (a 100% uplift in time is incredibly poor practice)
• Attempting to get additional money from me during the move (pot plant surcharge despite me advising at the time I had large pot plants - which was later proven by listening to the recording)
• Continual phone calls from your company once we were running over time which added undue additional stress on myself and the removalists (despite being told at the time money is not an issue)
• Your removalists broke my fridge because they didnt have a trolley (a removalist without a trolley?!)
• “Glitches” in receiving emails when I attempted to follow your prescribed channel to raise my grievance (“the emails didn't reflect in the system due to a glitch”) – a poor excuse for your mismanagement of your company & lack of responsibility
• Not responding within the promised timeframe (“We shall get back to you with an outcome within 24 Hours of this email”) – I didn’t hear back until later that evening, much past 2pm
• Offering an extremely poor resolution which demonstrates you take no responsibility for your behaviours or actions in this matter.
• After 11 days of email chains, you then decided to 'give up' RATHER than offering a mere 1hr refund ($150) for a 6hr misquoted job (+$1000) + additional fees - which clearly demonstrate your lack of social conscious & responsibility
Read more
Moved from Brisbane (Australia) to Brisbane (Australia)

OK - they actual removalists (outsourced from Better Removalists) were absolutely great. Better Removalists were deliberately under quoting to get the job then adding things to the quote later - they claimed an extra 5 hours on the job - but I had evidence that it was only 3. They claimed flights of stairs AFTER the job despite being told it was a 2 story house (and they didn't even use the stairs but side access).

I advised them to would be an 8 hour job at least - they only wanted to quote for 6.

Ironically I also booked the bond clean with them as their website says 10% discount if I book it with them - they didn't give the discount. And they have also (after the fact) increased the price of the bond clean 20% as well ...

Seems to be a theme ... Better Removalists seem to be a company that contracts their work (under quotes to win a bod and then increases the price later on) out so be cheaper and better to go direct to the contractors ... like I said the contractors did a great job ... just not happy with what I perceive as their business practice.
Read more

I am highly satisfied with their level of service. Their removalists were quite expert in packing, they took care of each and every item.
Kudos to their team.

Other removalists in Brisbane 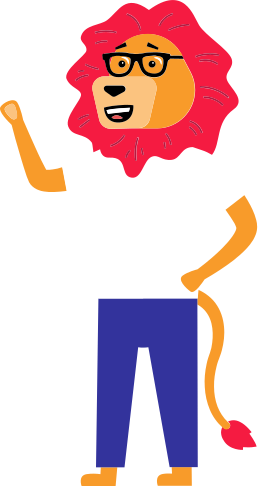